This summer I  ventured into an area that I had previously avoided. Not only did I allow Margarita,  our broody duck, to sit on fertile eggs, I actually encouraged it. She is one of those mama wannabe ducks that just can’t do anything else once the broody bug hits. So we anxiously awaited the hatching of the fertile eggs. 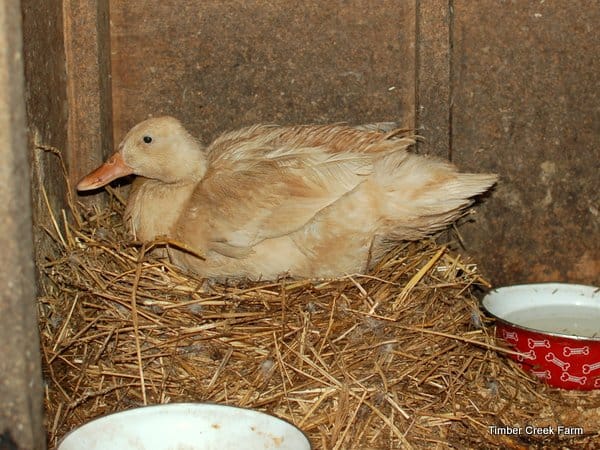 How do you know the eggs are fertile?

There was no worry that the eggs were not fertile. We have plenty of drakes and they do their job. And candling showed that most had development going on inside. A couple eggs were not and were discarded to the pig bucket. I missed one and it exploded in the nest and boy did that stink. I  had to clean up the mess, get new straw and build up the nest similar to the way Margarita had it. She was not impressed with the job I did and let me know it. I worried that she might not go back on the nest but she rebuilt it her way and settled back on. The trick with candling and doing any cleaning in the duck house is to do it while she is briefly off the nest getting a quick bath and eating a few bites. Broody ducks really don’t like much company while they warm the eggs. I use a small, bright LED flash light in  a dark corner of the duck house. In the early days of the embryo development, look for a web of veins showing as you shine the flashlight into the egg. For more on fertile eggs and their development read this article by Metzer Farms 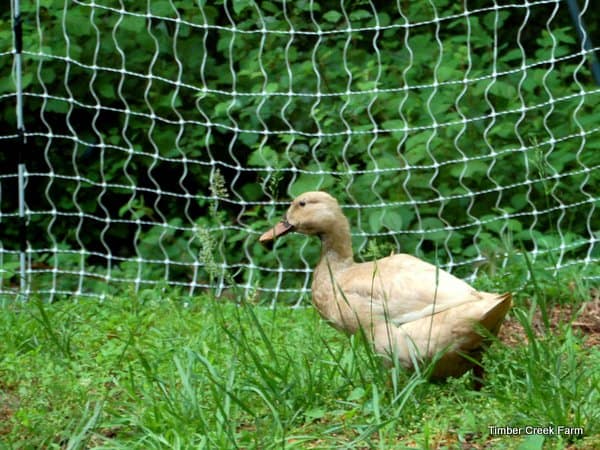 Another thing to consider with a broody duck or chicken hen is that they might start to lose their condition while setting on the eggs. Most will reluctantly go out for a quick stretch and snack but some are adamant that they don’t need to leave the nest. Luckily, Margarita had the good sense to use her time wisely and I always saw her taking a bath, grooming, and eating when she left the nest. Her condition is still good. One thing we did to help her along was to put a food and water dish near the nest. And I often bring her some tasty treats like meal worms. dark leafy greens or watermelon.

The problem that arose for us was that eggs were going missing. About half way through her brooding time, eggs were missing from the nest. I searched all over. Carefully looked under the nest straw in case and egg had worked it’s way though the nest to the floor. I started to keep track of how often this was happening and it seemed to be a pattern of every three days.

So here’s when it gets weird. I suspected a snake was the culprit so we tried to seal up any cracks in the door ways. I started to leave decoy eggs for the thief. The varmint seemed to know which were the fake or decoy eggs and still eggs were going missing. The suspect also seemed to know which eggs were farther along on the development. It was crazy. All the original fertile eggs were gone and still Margarita was settled on the nest. I added eggs to the nest. I even added chicken eggs. Those are fertile eggs too, because we do have roosters and at this point it was me versus the snake. I was going to have some baby poultry out of this deal one way or another! I was taking this personally! 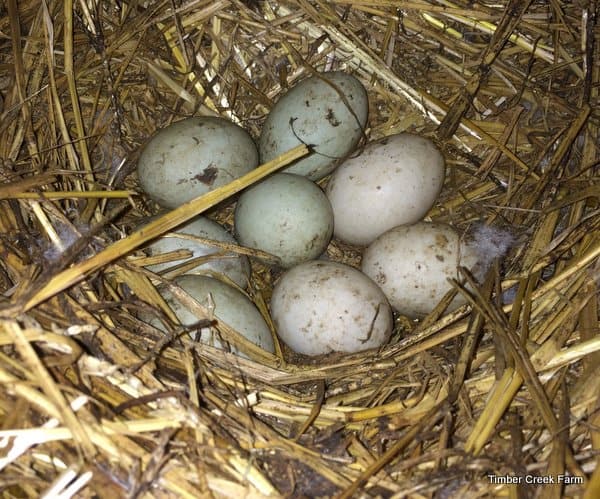 (Unfortunately, none of Margarita’s eggs hatched and she eventually stopped setting on the eggs. The snake, oddly enough, laid a pile of eggs under the rabbit housing. The rabbits promptly dug all of the snake eggs up and left them scattered about their pen. So it was another interesting season of farm life) 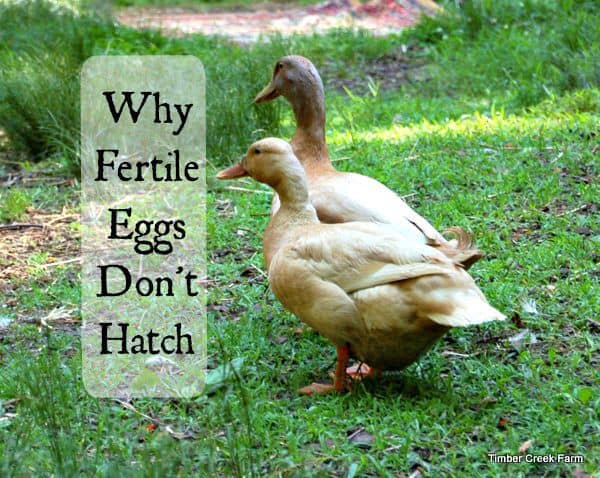 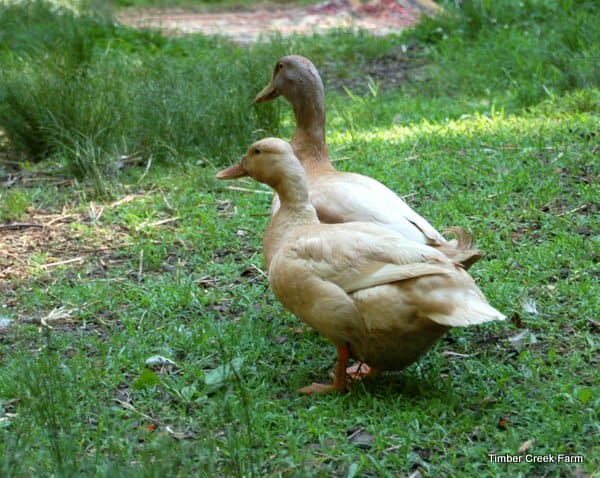 Margarita’s story has a much happier ending in the children’s storybook version. Available here > in hardcover (soon) and soft cover! 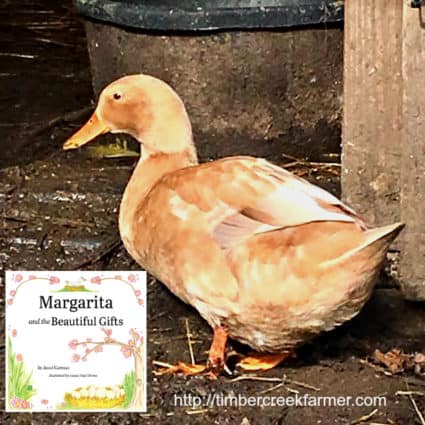