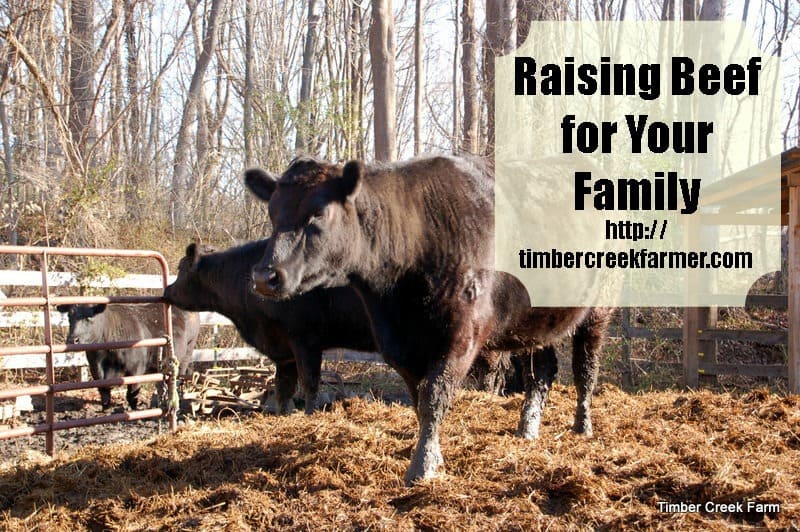 Providing meat for the family was our lofty goal. The reasons included improved taste and control over how the animal was treated and fed. I still vividly remember the first time I ate fresh beef. Not fresh from the supermarket. Fresh from the field. Pasture raised, fresh beef is a taste that is enjoyed by those that raise their own meat. And it does taste different than beef from the store.

My first taste of fresh beef was when I was 18 and a freshman in college. I was invited to go home with a friend for the weekend. Her family raised cattle on the western limits of Maryland. Sounded good to me. I had no idea the culinary delight that waited for me there. Being an agriculture major, the thought of consuming animal products did not put me off. My philosophy then and now, is this. Give the animals the best conditions in which to live, treat them with respect, meeting their daily needs for food water and shelter, and then use them for the purpose that they were intended for. I know that the animals we raise on our farm are treated much better than those in commercial agribusiness farming ventures, so I have no bad feelings raising cattle and pigs to be used for providing meat.

Reaching a Goal of Providing Meat for Our Family Table

Recently, we completed a goal we set almost three years ago. At that time we made a decision to raise beef for our family’s meals. The first purchase was two feeder calves. There was no clear end  point to the cow raising,  however, and circumstances ended with us keeping the cows for almost three years. At one point, three more feeder calves made their way into the pasture for a total of five cows.

Learning the Limits of the Property and Ourselves

During the three years raising the cows, we learned a lot about their behavior and their requirements. We learned  that they know our cars. They know how to tell time, for example feeding time. And we know that five cows is too much for our property to sustain. We had to feed hay because we don’t grow pasture on our wooded farm land. Five large cows eat an amazing amount of food. It became almost too much to keep up with. Even though we had some bartering systems in place to obtain round bales of hay, the quantity required to feed five full grown cows was huge. The manure was piling up too. Two cows at a time seemed to be our maximum, but we had five. It was time to take the next step. 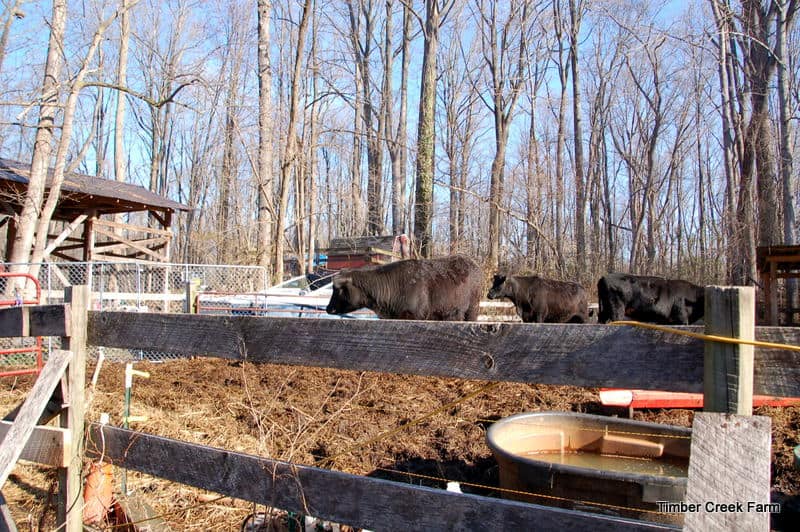 Reaching the Goal of Providing Meat

The time had come to complete the project. Two of the five cows were scheduled for a trip to the butcher. The next hurdle to leap over was how to direct just two of the cows into the trailer. The week before we started putting some sweet feed in the trailer. The idea was to make this a pleasurable experience. Nothing works better than appealing to a cows taste buds. 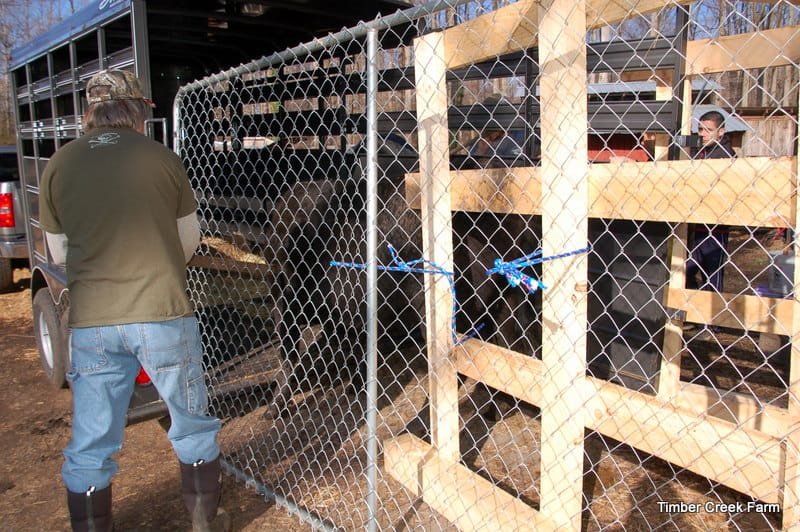 After 5 days we needed the trailer for a farm emergency trip to the vet’s office. A large amount of untouched sweet feed was swept up from the trailer floor boards. The cows had not put one foot into the trailer. Clearly another tactic would be needed. 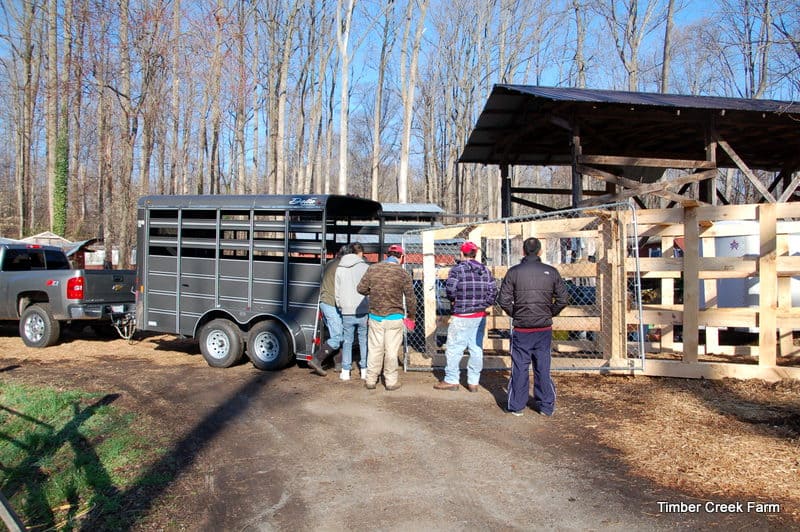 Two days before the appointed day, a cattle chute was built to guide the cows into the trailer. Help was enlisted and fences and gates were used to separate the herd and guide the cows through. The whole process was very gentle, and calm. The two were separated from the other three. The area they were in was gradually made smaller until they had to walk down the chute towards the trailer. 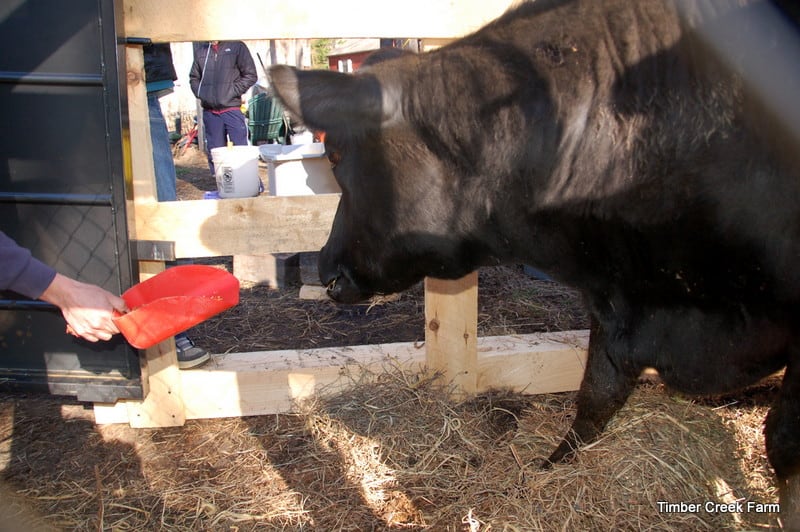 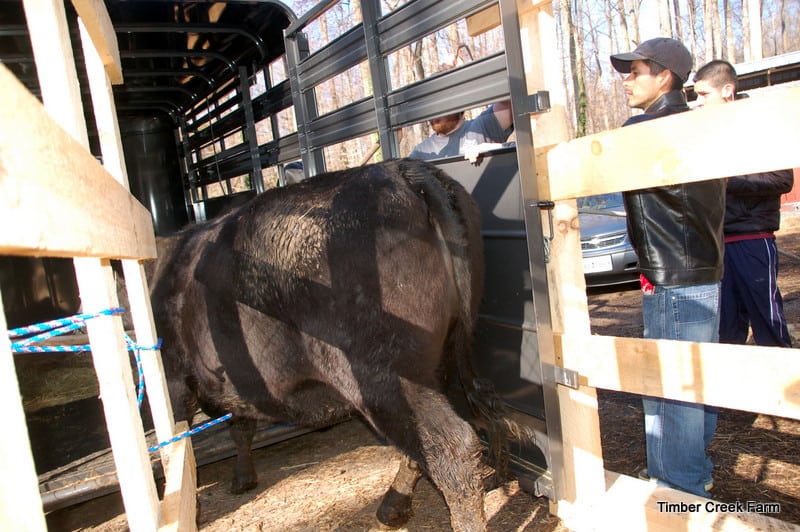 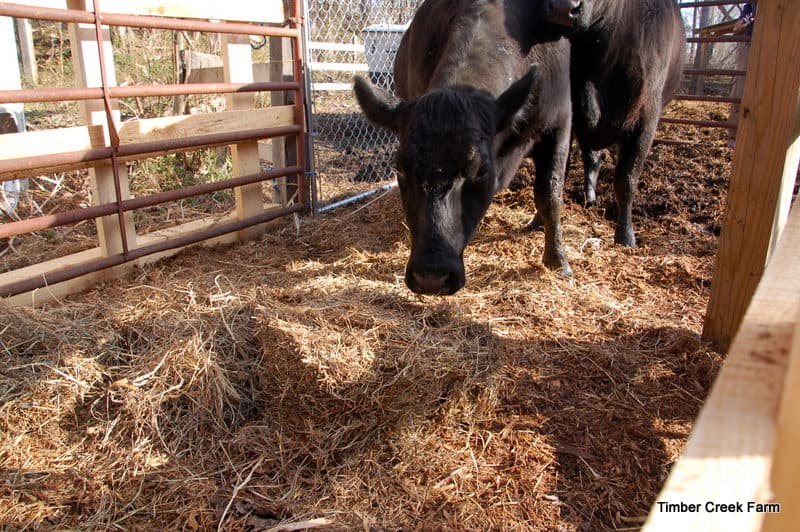 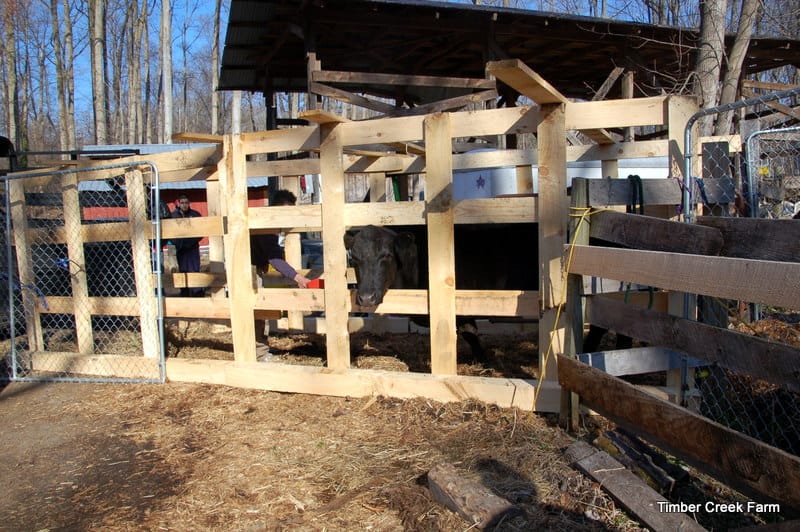 At one point, I went to check on something at the chicken coop. I was going to get a shot of the whole deal from the hill. But, when I looked back down the hill, the cows were loaded and the trailer door was closing! Success! 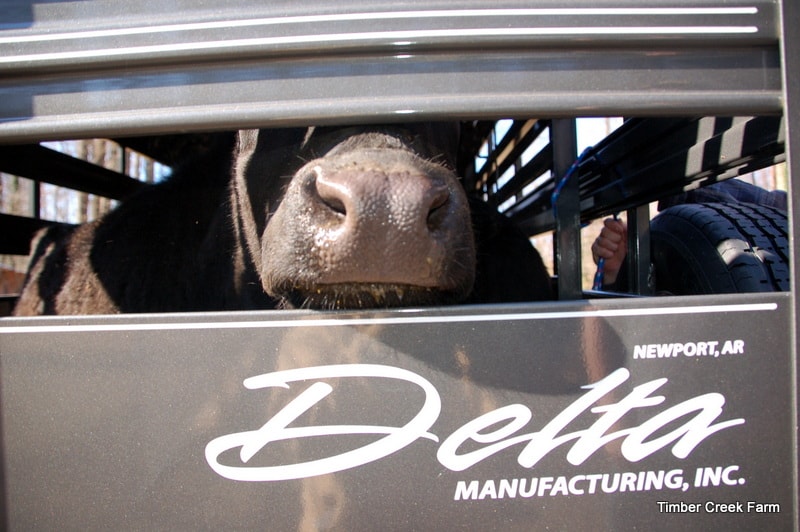 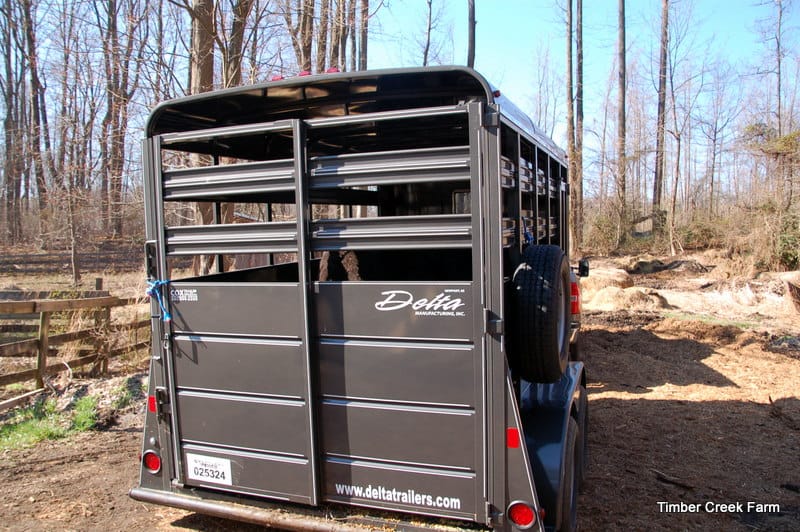 Cows loaded in the trailer

Now, the day is almost here when we will go back and pick up the meat. The butcher suggested hanging the carcass for three weeks since the cows were a little older than usual for butchering. The hanging helps to tenderize the meat and the longer you hang it and age it, the more tender it will be, on your plate. We have made room in the freezer and the family is waiting for their portions. Me, I am waiting to cook. Accomplishing this goal is very sweet. One step further down the road to providing meat and growing as much as possible for our family table. 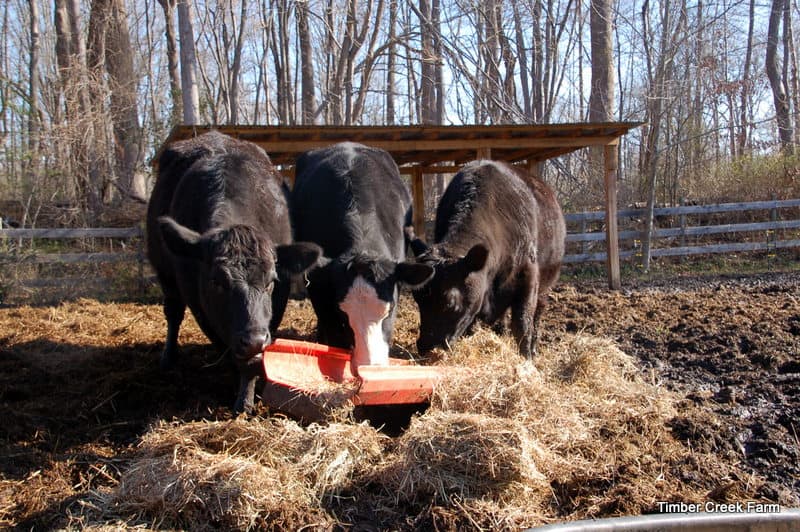 If you want to save this for later here’s a pin image you can use on pinterest. Thanks!