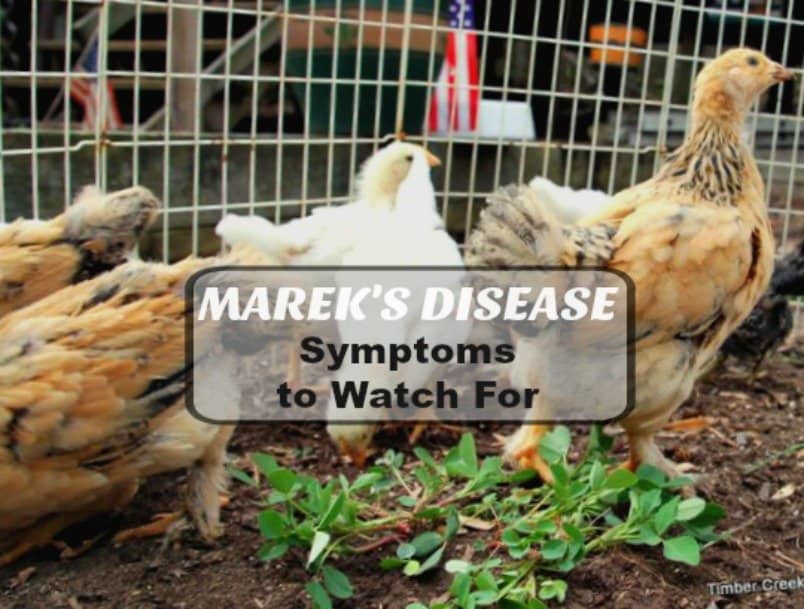 Marek’s virus is transmitted two main ways. The virus can be transferred by fecal droppings and by feather dander.

Some symptoms of Marek’s disease can be mild and vague, some can be severe and deadly. Paralysis can occur, along with sudden death. Since Marek’s disease attacks cells that produce antibodies, the immune system is at a disadvantage. You may find that the chicken also succumbs to coccidiosis or another pathogenic, opportunistic organism found in the environment.

In Gail Damarow’s book, The Chicken Health Handbook, she notes that Marek’s is likely carried by most chickens. The virus can lay dormant for long periods of time. Stress factors can weaken the chicken’s immune system. After that, the virus is able to activate and further debilitate the already stressed bird. 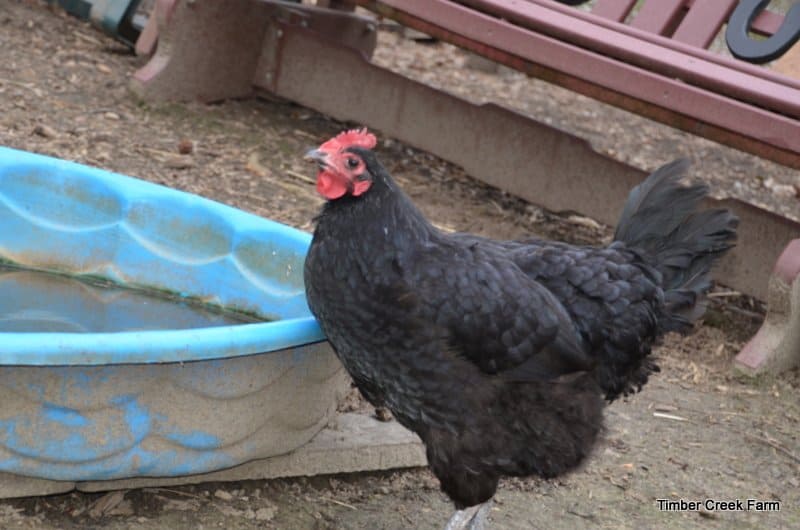 Chickens with Marek’s Disease symptoms may have had an added stress in their environment. Some stress factors that can cause the virus to become active are:

Upset routine – Chickens, like most animals, prefer to have a schedule. They do better when they are fed around the same time and the same routine used for their care. Whenever possible, try to care for the flock consistently, every day. When someone is filling in for you with the care, go over the routine, so that the chickens have as much stay the same as possible.

Coming into lay– When a pullet first begins to lay eggs, she may feel stressed. Some pullets will sail through this change as if nothing is different. Others may require more solitude, quiet, and take a long time to relax and lay the egg.

Bullying– The pecking order squabbles are a fact of life in any chicken flock. It’s natural and usually is sorted out without humans intervening. Occasionally, a chicken may be a real bully though and find a victim to really stress out. When this happens, your victim may become ill from the stress. Marek’s disease symptoms can flare from the stress.

Stress Factors That are Easily Controlled

Crowding – Too many chickens in the coop or brooder can cause stress. The crowded conditions can also lead to bullying and pecking order disputes.

Dirty Coop/Poor Ventilation – A filthy, fly or rodent infested coop is definitely a stress factor. In addition the ammonia odor build up from poor ventilation is likely to make the chickens sick. Once the chickens are sick, the Marek’s Disease symptoms are more likely to flare up also.

Worm overload – If your chickens have any other illness producing factors such as coccidiosis, E.coli, Salmonella, or any type of Rhinovirus, they are already weakened. Intestinal worms weaken a chicken’s body by preventing it from obtaining good nutrition from the food. Some intestinal worms can cause anemia. All of these issues are going to leave the door wide open to a Marek’s Disease flare up. 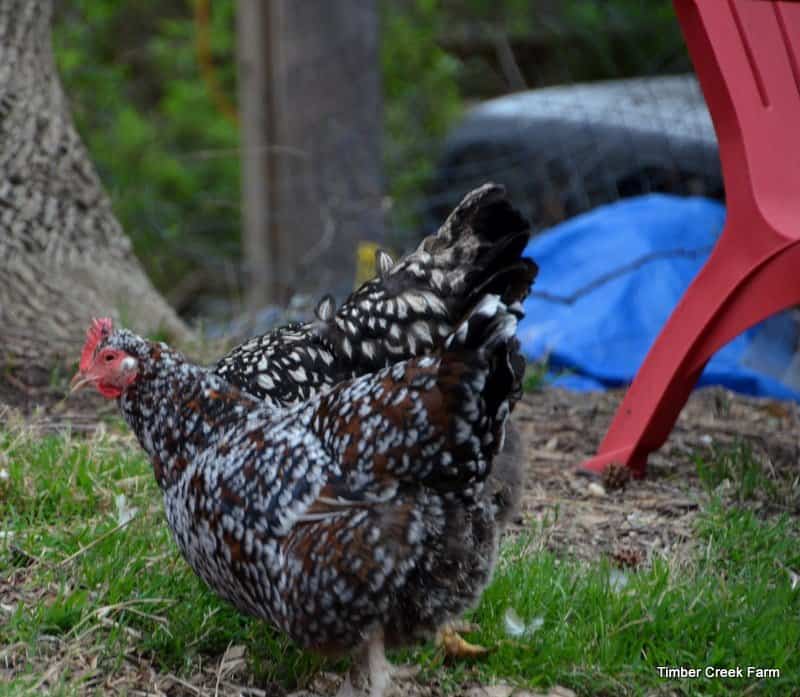 Newly hatched chicks have a very short term immunity from the hen. Chicks that aren’t vaccinated run a very high risk of having Marek’s Disease symptoms. Many hatcheries offer the vaccine as an additional service when you order your chicks.

Once you get your new chicks that have been vaccinated, keep them separate from the flock. When you do this it gives the immunity time to build. Keeping the chicks in a brooder, separate from your older chickens, increases the success rate of the vaccine. The vaccine does not prevent the chicken from getting the virus. The vaccine prevents the virus from causing illness and symptoms. In addition, the vaccine may limit the amount of virus that the vaccinated chick can shed in the environment. Unvaccinated chicks have a much higher risk of becoming sick from Marek’s Disease. 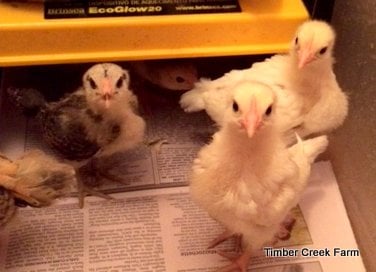 If you buy from a breeder that does not offer the vaccine or hatch out chicks on your homestead, you can purchase the vaccine to administer yourself. The vaccine must be used quickly and kept cool. Have everything set up and vaccinate all chicks as quickly as possible.

Are There Other Ways to Prevent Marek’s Disease?

Experiments have been carried out where new chicks were isolated for a lengthy time period. After 5 months of not being exposed to other chickens or any environment that had chickens, some natural immunity was found. Since most of us do not have the ability or desire to isolate our new flock members for 20 weeks, this method is not very popular. 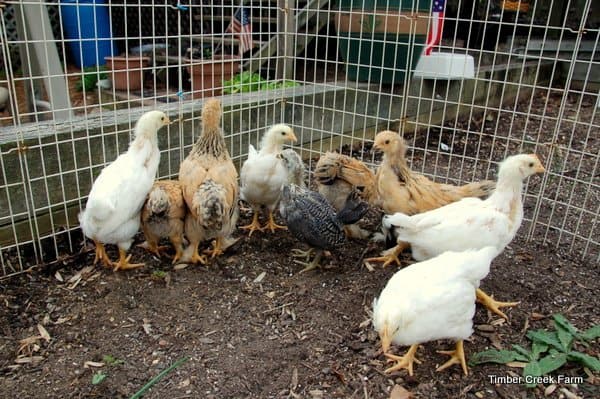 What to Do if You Suspect Marek’s Disease

Practice good bio-security measures when visiting other chicken keepers and when having visitors to your chicken area. It is always a good idea to wear different shoes when visiting other flocks than the shoes you wear to care for your flock. Care for the chicks before caring for the mature chickens, to lessen the chance of bringing virus to the chicks area. Keep wild birds out of the run using poultry netting. Always quarantine newcomers for thirty days before adding to the flock. 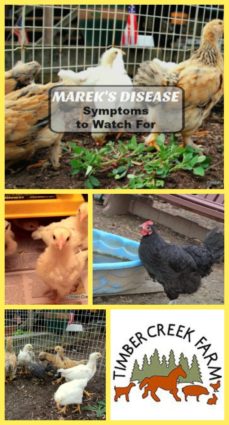