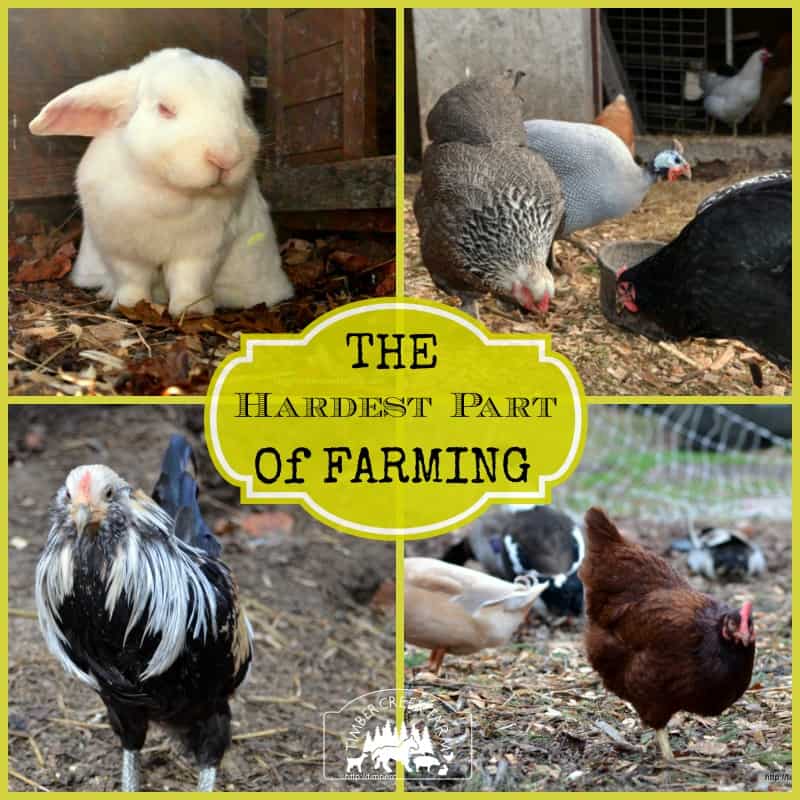 What is the hardest part of farming. This farming life can be so hard and so amazing all at once. How can one week in life suddenly claim some beloved farm critters, find healing for others and see 10 new lives enter into the world. So, it’s not the hard work, or the heat, or the cold, or the insect bites, or the endless tromping through mud. It’s the loss. Unexpected, unpredictable, heartbreaking loss, after you do everything you can, and some things you didn’t even think you knew how to do. Here’s a synopsis of the previous week. If it reads a bit rough, I apologize. I am still trying to process all of this, decide what to do next and deal with my sadness. 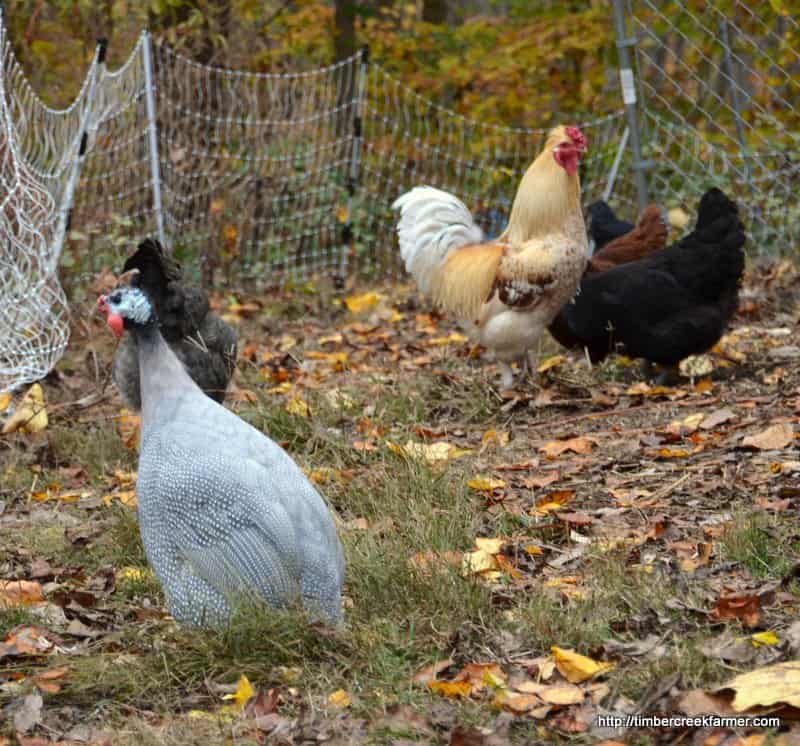 Really, the loss started around Christmas. Our Guinea fowl was found dead in the chicken run in the afternoon. No one was hurt and there were no marks or signs of struggle on the Guinea. Since he was getting up there in years and had been acting aggressive recently, I thought it was old age related. This week was different. On Sunday morning when we opened the coop, one of my young hens was lying dead on the floor of the coop. She was less than one year old. No sign of struggle. No marks on her. Ok, I am now confused but still not seeing a pattern. In addition, Ettie, our dark Brahmas was not feeling well and seemed to have an upset digestive tract. I cleaned her up, gave her natural probiotics that we regularly use, apple cider vinegar and some yogurt, neither of which she was very interested in. But when she was walking around Ettie would still eat and forage in the dirt. She started to improve through the next two days. 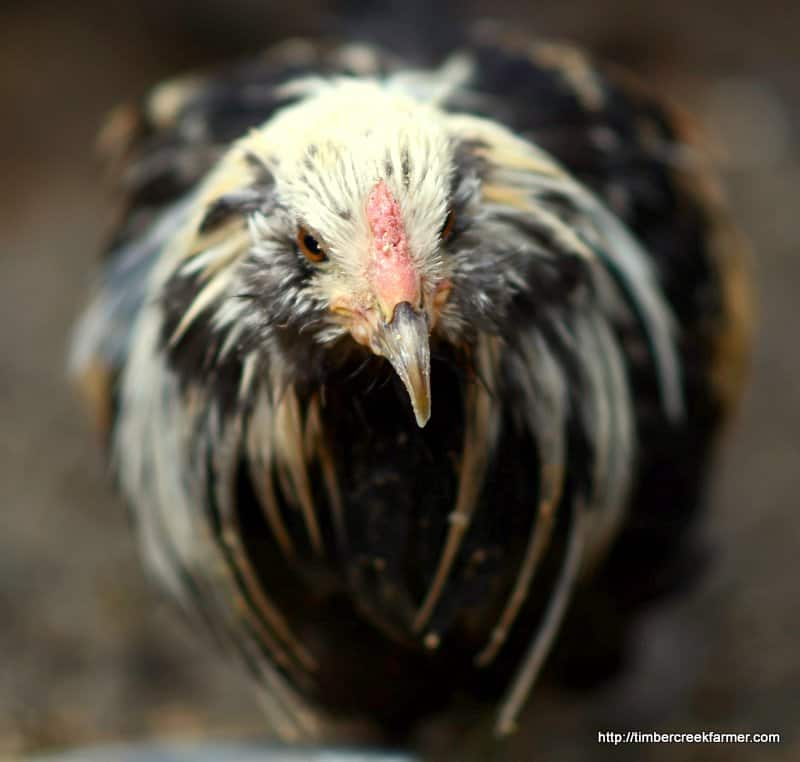 In the meantime, on Tuesday, the little Bantam Roo we called Bogey, was found dead in the coop in the morning. Same scenario as the hen found Sunday morning. No signs of attack, fighting, or struggle. This whole thing was getting to me in a big way by this point. The senseless deaths were piling up. And to top it off, one of the bunnies was coughing and had labored breathing too. A cold in a bunny can become serious in a very short time. So, I needed to act on this right away too. Plus I had a job to get to. This whole week was going downhill fast and it was only Tuesday. 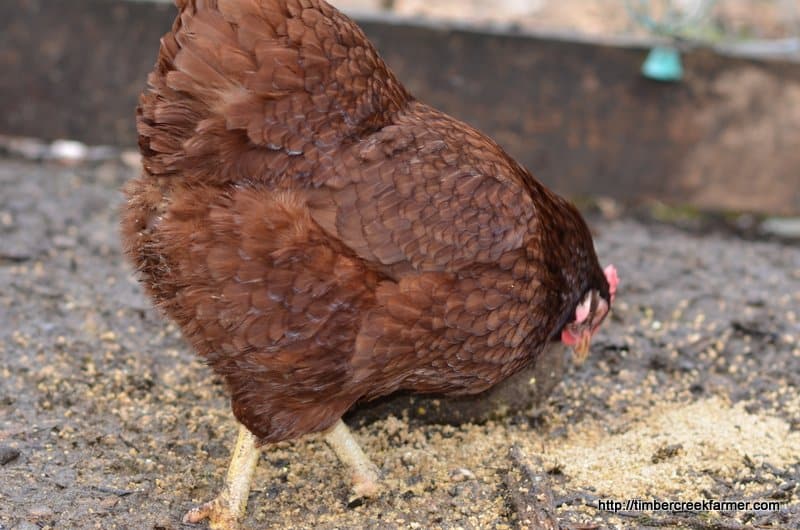 I found a way to get the work done and put the bunny’s health at the top of the day’s priorities. Thankful for a family business and the ability to be flexible, I went to buy fresh herbs because mine are looking a little sad at this time of the year. A conversation with a fellow bunny owner gave me more pointers into herbal treatments.  Echinacea, garlic, elderberry, chamomile, and dandelion greens were suggestions. I bought what I could find on the list and made up an herbal salad for Quincy and all the other bunnies. I also  mixed up warm water and elderberry syrup. At first Quincy dove into the salad. Then he backed off and eyed it suspiciously. But the good news is that this morning the salad was gone and the syrup water mostly gone. He was not coughing and his eyes were clear. I put up with a good round of bunny abuse to give him a dose of bunny vitamins. Good to see  he wasn’t lethargic! A positive note in an otherwise dismal week. 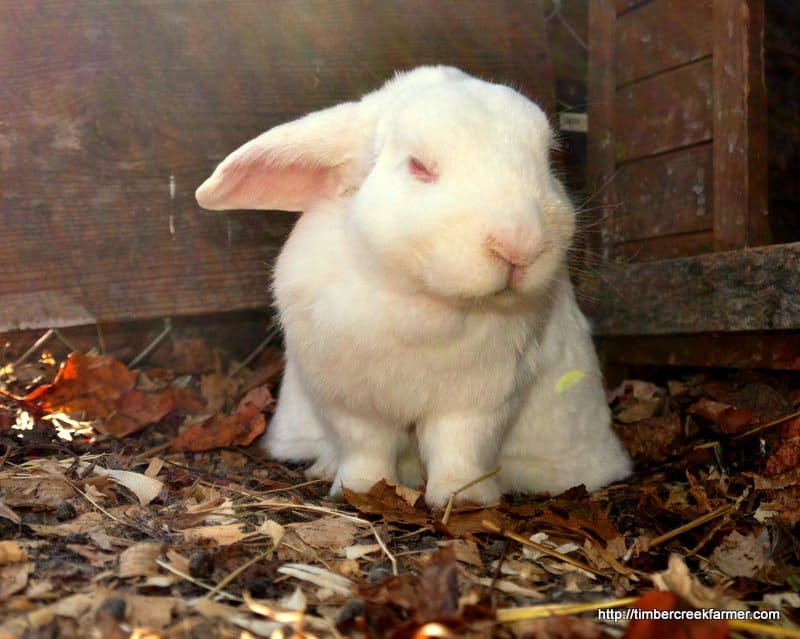 side note:  Where are the dandelion greens when you need them? Could not find a dandelion growing anywhere. Guess they think it’s winter or something. 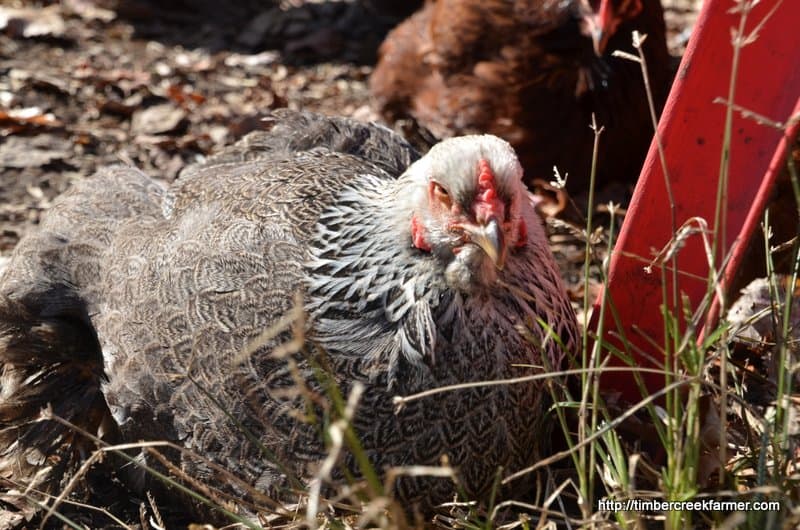 Things still weren’t going well in the coop, however. Ettie had taken a severe turn for the worse, and was barely able to walk. I noticed another hen, Abby was also standing still and puffed up looking ill. I brought them both home and they died within a few hours. No signs of illness other than weakness and being unwilling to move around or eat. Abby was totally fine the day before so she was dead within half a day. Today was not going to be one of my better farm days.

But wait, there’s more to this day. It wasn’t all bad and I saved the best for last. I heard my son down at the pig area and walked down to see what was going on. Layla had delivered her litter of piglets. Ten new piglets joined the farm this morning. True to form, Layla waited for one of the coldest nights/mornings so far, to give her piglets a start in life. My son was expecting the piglet birth so he had already lined the stall with straw and hay and had the heat lamp going. Layla was busy feeding her piglets when I got there. The piggy daddy, Six, was confused and agitated. He is young and this is his first litter. He had to be removed from the family. Layla didn’t want him around and he just couldn’t accept that. Layla and Six are a different couple than our other pair, Charlie and Mariah. They have raised two litters together. 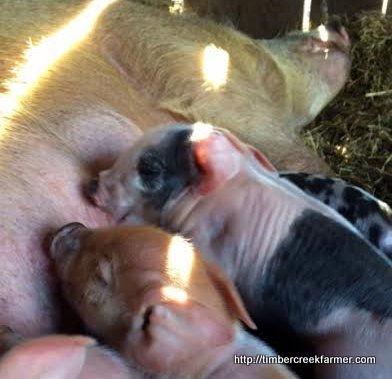 Unfortunately, when dealing with animal health you often have to guess. After calling two local vet offices, and talking to other chicken owners, I am leaning towards the horror of coccidiosis being the culprit. Coccidiosis is an illness that affects the intestinal tract of many species, often resulting in quick death. Often chickens will be able to hide the fact that they are gravely ill until it is no longer possible to save them. My theory is that the up and down weather we have been having lately with temperatures in the 70’s one day and the 30’s another, along with heavy rain and resulting mud has led to perfect conditions for a coccidia bloom. The mud is the perfect place for it to flourish and the feces from the chickens spread the disease to the next chicken pecking the ground. All chickens have some level of cocci in their system. When it gets overloaded and out of control, that is when the illness kills. The symptoms are often bloody loose frothy feces but that is not always the case. The chicken will show signs of not feeling well by staying to itself, not eating, looking disoriented, and may fluff out it’s feathers’ as if it was hot.

I have ordered coccidiosis meds to put in the chickens water for the next week. Is this the answer, well I really don’t know. I find that it’s really hard to find good veterinary care and advice regarding farm chickens. The costs of care for these sweet birds is astronomical at most vets that I have contacted. So I try to learn all I can and talk to others in the same position of raising small animals on a farm. In any event, we usually do not use chemicals on our animals but coccidiosis is different and must be treated once it gets out of control. The good news is it won’t hurt them if they, in fact don’t have coccidiosis. A good deal of handling the hardest part of farming is figuring out what to do when the bad days happen. And, a lot of it is taking the best guess. 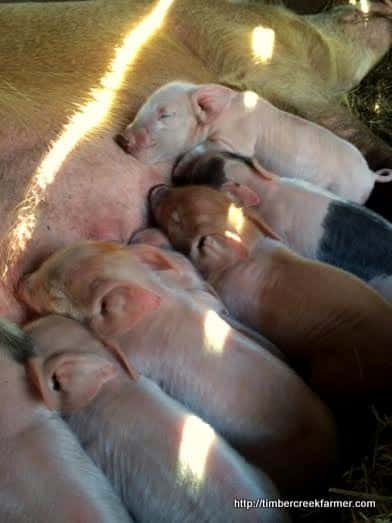 Coccidiosis in Poultry by The Farmer’s Lamp

How to Beat Coccidiosis  by A Farm Girl in the Making

Simple Herbs for a Stressed Out Rabbit by Happy Days Farm 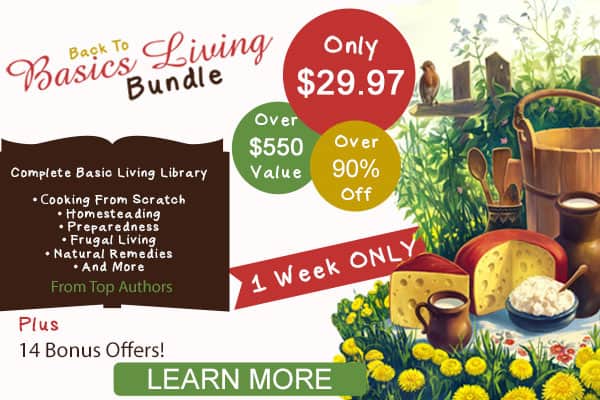