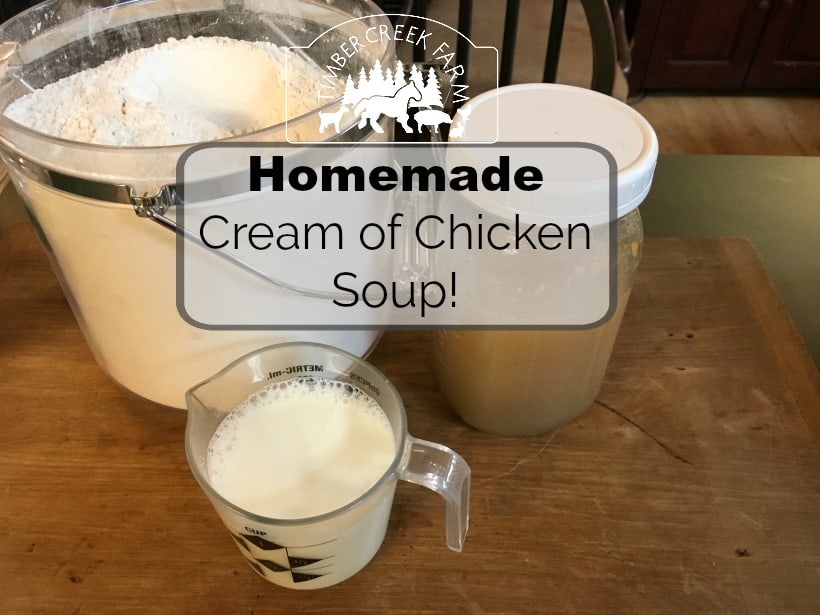 I had just made a large batch of bone broth and wondered if this could be transformed into cream of chicken soup. I love cream of chicken soup and all the recipes that call for this rich, creamy, stick to your ribs, comfort food. However, I try to stay away from processed canned food, and the reality is, the famous brand of Cream of Chicken soup is full of mystery ingredients and stabilizers. I prefer to keep it simple! The recipe I was working on, called for cream of chicken soup.

So Many Recipe Versions for Cream of Chicken Soup

A quick google search led me to over 17 million responses. Some used hardly any chicken stock at all and incorporated mostly milk and flour. Whoa! I read through a few and found that many called for a hefty helping of milk. One family member tries to avoid milk, so I kept looking. After awhile of reading recipes, I decided to replace some of the milk with more broth, and keep the flour amount the same. The trial and error was a success! It’s a very similar recipe to this one, that I found in my search, minus some milk.

Making Your Own to Suit Your Taste Buds

One of the things I really liked about making my own version of the recipe is the flavor. I was able to use seasonings that appeal to my taste. I had purchased various organic brands of cream soups, but found that there was a flavor in most that I did not care for at all. Now instead of choosing from one soup that doesn’t taste good or one that has additives I can’t pronounce, I will make my own.

When I make chicken bone broth, I use a lot of herbs for flavoring. My favorite quick version uses a pre-made seasoning blend made from many herbs. Real salt, fresh ground pepper, and lots of garlic, onion, and leftover veggies from the freezer help season the broth. And, of course, use the herbs you grow and love.

This recipe for cream of chicken soup is also the perfect consistency to use for the gravy in a chicken pot pie. Keep some on hand and whip up that comfort meal in a flash. 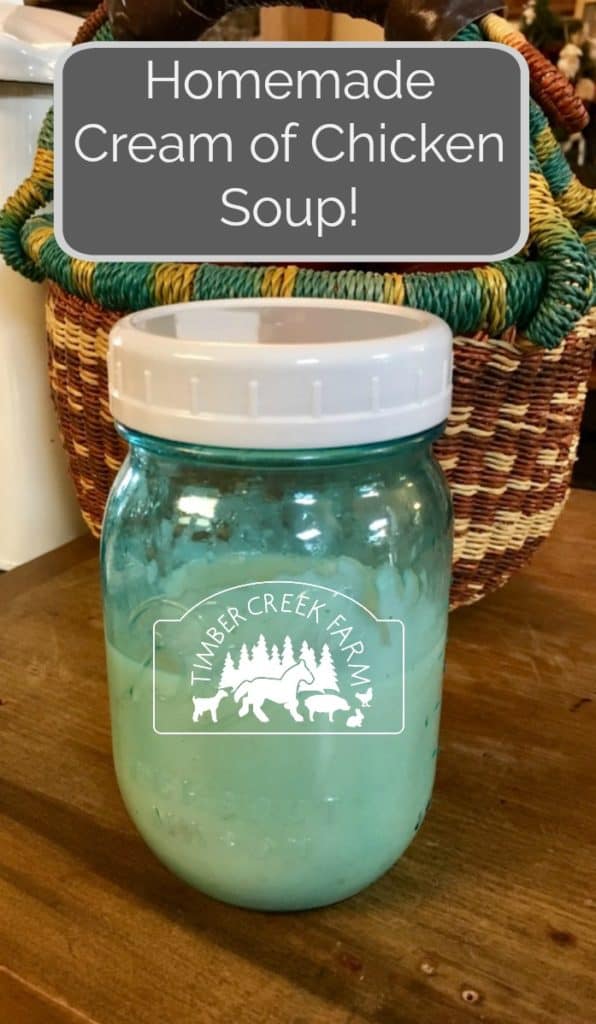 3/4 cup of all purpose flour

Warm the broth and half the milk in a saucepan on the stove over medium heat. Do not boil, but keep around the simmering level. 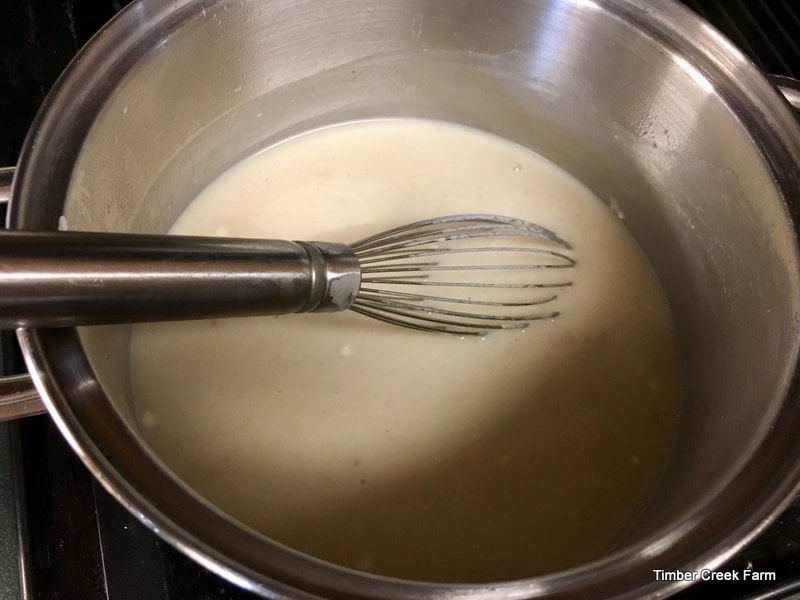 In a bowl, mix the flour and the remaining milk using a whisk. Blend to eliminate lumps.

Add the flour and milk mixture to the broth mixture on the stove. Keep stirring!

Blend and stir as it heats. Do not bring to a rolling boil. As it simmers the soup will thicken. When it reaches the consistency you desire, remove from heat. Add additional salt, pepper and seasonings to suit your taste.

Try this recipe for Cream of Chicken Soup in my recipe for Rich and Creamy Chicken Stew, coming to the blog next week!

Wondering how to make bone broth from your roast chicken carcass? Rarely does a chicken carcass leave her until it’s been picked clean, and simmered for at least 24 hours. The simmering releases all the minerals, and vitamins, calcium, and collagen from the bones and leaves a healthy healing broth. It’s super simple and many people are even shortening the time it takes to make by using the Insta-Pot type pressure cookers.

You can add  onion, garlic, carrots and celery chunks to the simmering bones too. It adds some extra flavor to the bone broth, although the taste of it plain is quite satisfying.

Add the carcass to a large stock pot, or large crock pot. Add at least three quarts of water. You can add more as it simmers if needed. It will boil down some but you should have at least a couple of quarts of stock when finished.

Cook over low heat for 24 hours.

Strain out the solids, remove any edible meat.

Cool and store. I like to store mine in zip lock bags in the freezer in two cup portions. This is a good amount for me to grab for adding to recipes.

There won’t be much left after making bone broth. You can treat your chickens to the bone mash or add to the compost pile.