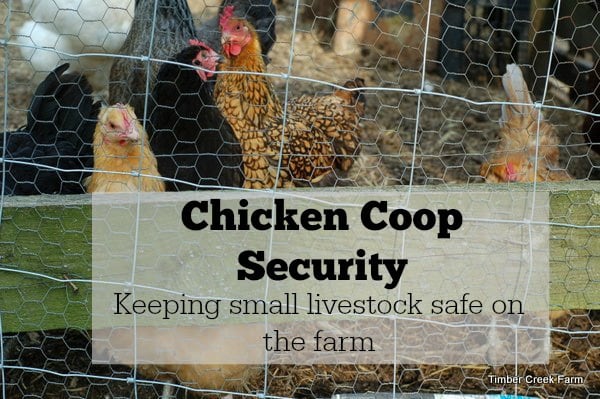 A couple of months ago, we had a devastating attack from a very persistent fox. It had been by once before and killed a hen. We saw no trace of her except for some feathers. We tightened up the fencing and found the hole in the fence the fox created and repaired it. Our vigilance increased because we know that once they find an easy source of food, they often return when their stomach starts to growl again. In addition,  we suspected that this was a momma fox because we could hear the kits calling in the distance each evening. This would make her even more intent on finding a nearby source of food. Read the inital story here Still, it was quite a shock when the fox returned two weeks later and managed to kill 4 chickens and a duck while my son left to get hay from another building. He wasn’t gone long but when he returned the fox was there and had done a lot of damage already. I have heard  that a fox will watch and wait for an opportunity. 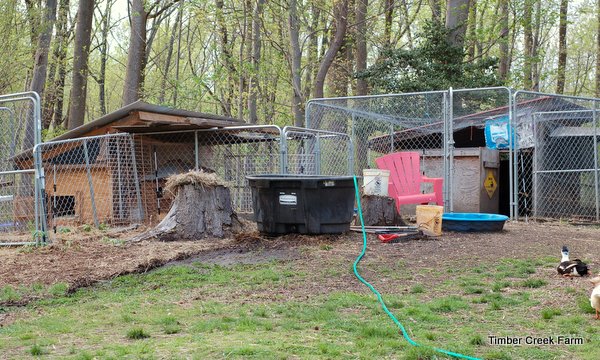 The next couple of weeks we kept the chickens, ducks and rabbits in their housing unless we could  be there to watch. This fox is very bold. She has returned even when we are there, and the dogs have run her off a few times. That fast food is just too hard to resist. 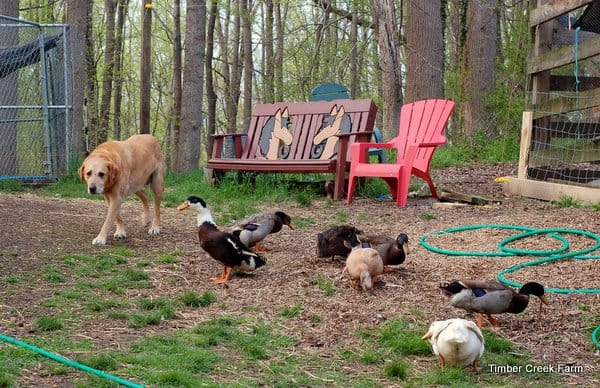 Chief is one of our first lines of defense against predators but he is not always at the farm because he stays where we are.

We began to think of what would work for us as extra security barriers for the small livestock. Our chicken run is large and partially covered. Covering it completely may be possible but not without a crew of people holding netting and wire up in the air while it is secured. Plus, the wire would not deter a fox or hold the weight of a large racoon or fox with out collapsing into the coop. All of our animal pens have wire buried underground to deter digging in or out of the pens. The housing is raised up from ground level to prevent a predator from easily breaking in through the floor.

The decision was made to electrify the fencing for now, and we are adding extra layers of fencing. The decision is partly based on the time of day of the attacks. We are getting  the visits in the middle of the afternoon as opposed to something breaking in at night. Our coops are secure and we have not had something break in after the animals and birds are put in for the night. This daytime predator was going to be a problem though because I can’t sit there all day everyday and I want the chickens, ducks and rabbits to be outside. So, we decided to add the first layer of electric fencing to the existing fence. The fox had been climbing the fence or busting through the wire so this would at least slow her down. The chicken coop security was about to get serious. Our original fencing, was chicken wire over board fencing. Now we added a layer of welded cattle panels.

Next we purchased a electric netting fence to surround the rather large perimeter where the small  animals are housed. So far, the fox has not been able to gain entry back into the chicken run. The ducks and rabbits have covering over their runs. I have started to breath a little easier about leaving the farm for what ever reason I need to,without locking all the animals up in their buildings. 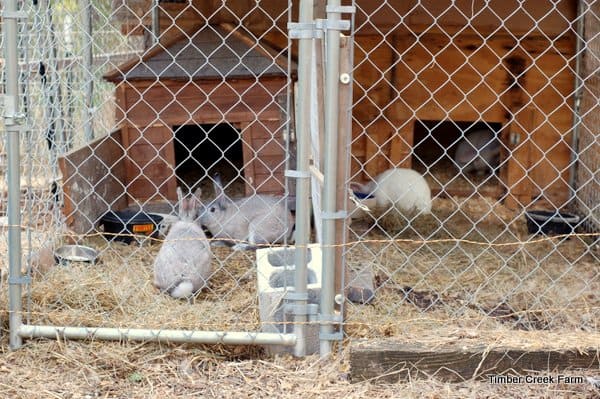 More than one way to add security from predators

This is not the only way to add barriers to your poultry and small animal area. Some might think that this was a costly way to go about solving the predator problem. Most of what we used we had on hand from the pig and cattle fencing. We keep extra electric fence power supply units on hand in case one fails. No one wants to be looking for a power unit while pigs are running loose. So the expense on the first layer of electric fencing was negligible because we had the materials on hand. The second layer, the charged netting,  was an expense. Was it necessary? I don’t know. I had been planning to purchase this type of fencing anyway, to control the free ranging of the ducks and future geese. Only time will tell whether this will help keep the fox and other predators from getting into my small animal runs. 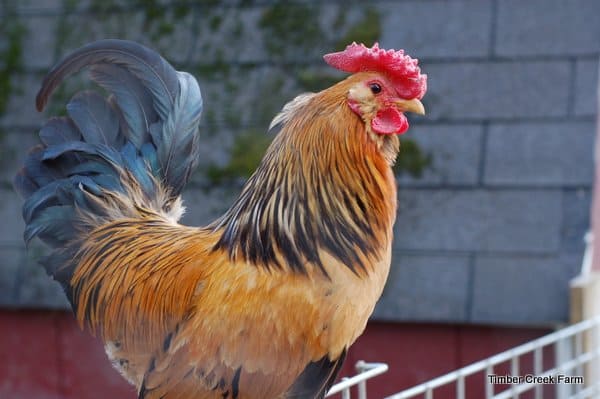 Roosters can be a valuable security alert system, too. They warn the hens to run to a safe location.

Roosters will fight a predator, allowing the hens to get to safety. We currently have two flocks and each flock has one rooster. Our silkie cross rooster, (not shown) Mr. Tweet, fought the fox during the big attack, probably giving many hens a chance to escape.

Chief and Jackson do a wonderful job keeping predators away but they are not always at the barn area.

I should state that nothing is entirely predator proof. We all do the best we can to provide a safe secure environment and still meet the chickens, ducks, or other animal’s need to forage. There is nothing that is 100%. If you have a bad experience with predators, it will be hard. Learn all you can from the tragedy, and make the changes that you can to make your coops and animal pens more secure. Knowing what you are dealing with, the habits and inclinations of the predator and taking steps to lesson the predator’s success is all we can do.

If you are not sure what threats are out there for your backyard livestock, check with your local extension service.

This post was a feature on The Homestead Blog Hop

There are affiliate links with in this post. Affiliate links allow me to make a small percentage from any sales from the links on this page. The links do not affect the price you pay, they merely reward me in a small way for showing you the products.

I writes about many homestead and livestock related topics on the blog Timber Creek Farm. My new book, Chickens From Scratch, is available now through the Timber Creek Farm website or from Amazon.com